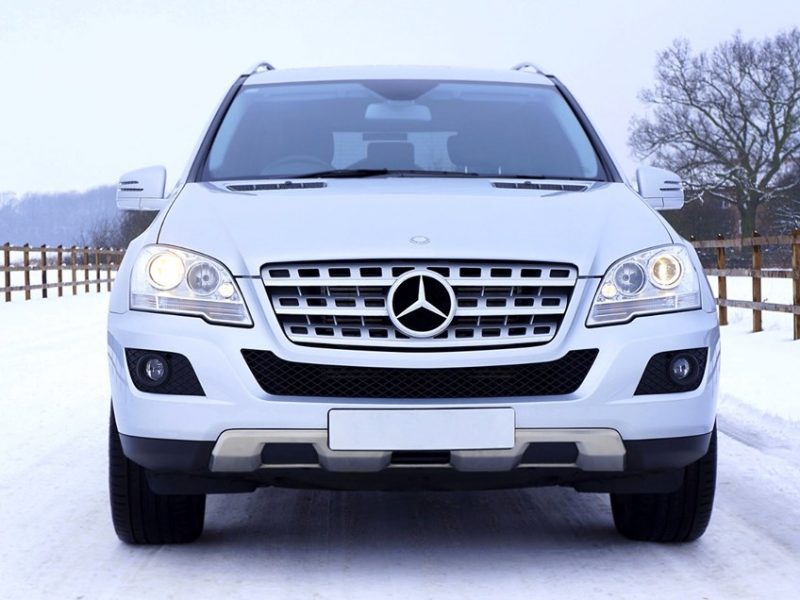 Headlights are a pair of electrically-operated lights positioned on each side of the front of a vehicle. They function to increase visibility in the dark and help drivers drive safely at night. In most countries, they are generally required to produce white lights, although some argue that yellow lights produce better visibility overall.

Additionally, there are countries where it’s against the law to alter your vehicle’s headlights. In that case, if you belong to one of those countries, you might want to ensure that it’s legal before doing so.

That said, having proper headlights is important because they’re vital to visibility and safety during driving, not just at night but during harsh weather conditions as well.

Most vehicles are outfitted with halogen lights, although recent years have given rise to other lighting options, with the most popular alternatives being LED and HID. This begs the question: which is better for your vehicle and why?

To answer this, we first need to know what these types of lights are and the differences among them.

Halogen lights are named so because of the elements or gases used in the bulbs. But to put them more simply, they are just older-style incandescent lights. They became the choice for vehicle headlamps because of their low-cost and easy-to-replace nature.

However, the reason why they’re fast becoming outclassed by the newer types of light is that unlike LED lights or HID lights, they have a shorter lifespan, with the average bulb lasting only 450 to 1,000 hours.

Additionally, halogen lights emit considerably less brightness compared to the other two, with their brightness only at around 3.9k Lux at 3 meters away and around 129 Lux from 50 meters away as measured by a projector housing.

Moreover, they’re more prone to heating up and are quite sensitive, greatly contributing to shortening their lifespan. They’re also less energy-efficient compared to the other two.

Nevertheless, some drivers still prefer halogen lights over HID or LED because of their accessibility and affordability. They may not last as long as their other counterparts, but they’re still adequate for driving.

High-intensity discharge lights, more commonly known as HID lights, are similar to halogen lights in the sense that they both use gases to produce light. However, in the case of HID lights, they use Xenon gas instead of halogen, which is why some people also call HID lights as Xenon lights.

HID lights became popular for vehicle headlights because they produce a brighter and stronger light than halogen headlights but with significantly less heat. They also have a longer lifespan compared to halogen lights and has a farther reach as well.

Moreover, they are also more energy-efficient and require less energy to maintain their brightness compared to halogen lights. The downside is that they take longer to warm up than both the halogen and LED lights.

Other potential downsides of using HID headlights are that the lights can be too bright and can potentially blind incoming traffic, causing possible traffic accidents. They’re also relatively more expensive than the more affordable halogen lights.

However, these aren’t much of an issue because HID lights last longer than your typical halogen headlights, reducing the need to replace them often. Nevertheless, some drivers still convert their halogen headlights to HID lights because the strong bright lights enable them to see better in the dark and in harsher weather conditions where visibility is poor.

It should be noted that HID headlights should be installed properly because not doing so might blind the other drivers due to their extremely bright light which might end up causing traffic accidents.

Newer on the automotive headlight scene are LED lights which are growing in popularity due to their efficiency in energy consumption. Additionally, they are significantly more durable compared to both halogen and HID lights.

Due to the difference in composition and the way they work, LED headlights can theoretically last decades without even the need to replace them. This makes them convenient and more cost-efficient for vehicle owners as they don’t have to worry about maintenance as much.

Furthermore, the brightness of LED lights falls somewhere in between halogen lights and HID lights, with the gap between halogen and LED lights being significantly large. This makes them bright enough but not blinding. Additionally, they light up instantaneously, thereby giving you better visibility immediately.

The downside of LED lights is that compared to the other two, they’re relatively more expensive since they’re the newest on the market; however, with technology further advancing and LED lights growing even more in popularity, they’re bound to be more affordable in the near future.

Another notable downside of LED headlights is that they have the tendency to heat up neighboring wires and assemblies, which means they require more time to cool down compared to the previous two. However, this might get resolved soon enough, especially since technology is advancing at a fast rate.

Halogen vs LED vs HID: Which is Better for Your Vehicle, and Why?

Now that we have defined the three types of light used for vehicle headlights, let’s now compare further the differences among the three types. This way, you can then decide which one is best for your vehicle.

Halogen lights are your best bet if your main concern is the cost and ease of replacement. Despite being decades old, they still remain popular due to such reason. However, they’re more sensitive to external stimuli, so this is something you need to keep in mind.

However, if your main priority is maximum visibility, especially in harsh conditions, then HID lights are what’s best for your vehicle. They’re brighter and more durable than halogen light, but they tend to give off a higher glare compared to the other two.

LED lights fall somewhere in between the two, giving off a brighter light than halogens but less than HIDs. They’re also the most energy-efficient among the three types and the most durable as well. However, many note that they have the tendency to heat up neighboring assemblies which might pose a problem.

Nevertheless, if you’re looking for something more balanced, then LED lights might be your best bet.

Many vehicle owners do, however, prefer a combination of the three, with their headlights being either halogen or HID (depending on which is more of a priority for them) while other lights such as brake lights and blinkers being LED. This might be something you might want to consider as well.

That said, the answer to the question of which is the better choice between halogen, LED, and HID, it really boils down to your personal preference as a driver. After all, you will be the one using them. Weigh the pros and cons of each and see which type of light aligns with your priorities as a driver, whether that be the cost or brightness or perhaps you want a balance of both. Whichever aligns with your priorities, then that’s the type of light for you.

A projector housing is used in measuring your headlights, and it’s a useful tool in determining which type of headlight is best for your vehicle. This is because it allows for a more accurate beam focus with a smaller diameter but deeper visual package.

This is better for headlight measurement because it projects light rather than reflect it, which is the case with reflector housing. Knowing this might come in handy if you decide to change your headlights and want a more accurate measurement.

Headlights are a necessity in driving because they allow you to see and drive in the dark and in weather conditions where there’s poor visibility. Therefore, if you’re planning to change your headlights, what you need to consider after you’ve determined if it’s legal in your country to change them, is whether you feel comfortable with the level of illumination your headlights provide.

This is because they determine not only visibility but your safety as well. Furthermore, when choosing the proper headlights, you also need to take into consideration other drivers on the road because too much bright light can give off a high glare that can impair their vision. This can potentially affect your safety as well.

6 Different Types of Lighting in Photography That You Should Know
Next Post: How Do LED Lights Work – Working Principle, Advantage & Disadvantage